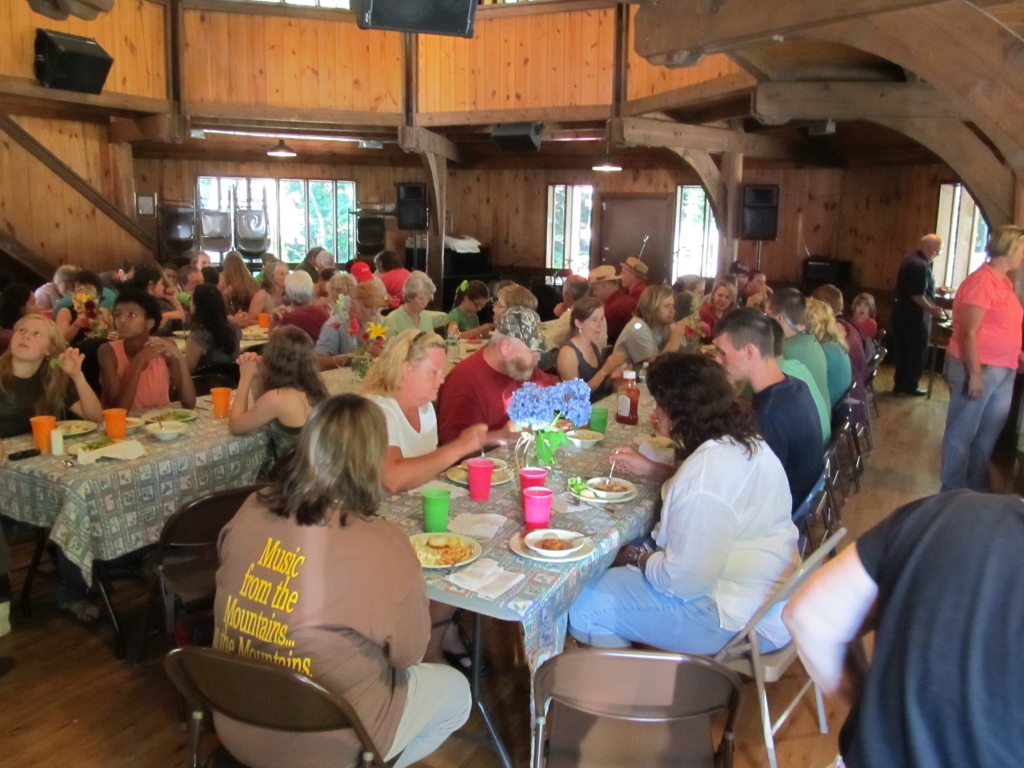 The music school is organized each year by the Cowan Community Action Group, and held at the Cowan Community Center. The CCAG is a nonprofit, tax-exempt community service organization which serves children and families in an economically distressed area of east Kentucky. We strive to provide educational and cultural enrichment for the entire community.

The community center was established in 1964, in an abandoned schoolhouse.  Its programs are directed by the Cowan Community Action Group, Inc which continues to be made up of local volunteers who are deeply invested in providing a positive, safe environment for their own and their neighbors’ children.

Our Mission: To provide educational, social, cultural, and recreational experiences for the entire community in order to sustain a wholesome and healthy life style that encourages intergenerational relationships.

Current Programs of the Center: 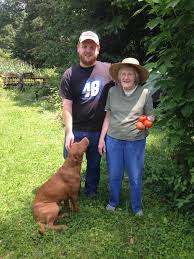 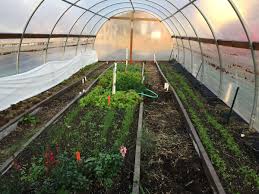 Grow Appalachia is a regional project aimed at improving food security for families and communities in the mountains. It was founded by John Paul Dejoria, Co Founder and CEO of John Paul Mitchell Systems and is administered by Berea College.  We are proud to be a Grow Appalachia affiliate for the 9th year. In 2019 we helped over 100 families to start or expand their home gardens and/or market their produce. We assist with plowing and tilling, and supply seeds, plants and organic fertilizer. We also offer workshops in gardening, food preservation and cooking with fruits and veggies. Like so much of the community center’s work, the Grow Appalachia program encourages inter-generational learning and fun. Step into the community center during the growing season and you are likely to find grandparents beside their grandkids cooking veggies, taking in a workshop on growing  sweet potatoes, or making apple butter and grape jelly in autumn. 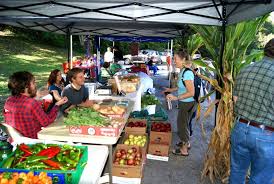 The Cowan Community Center’s Grow Appalachia program has also taken a large role in growing the Letcher County Farmer’s Market.  The market runs from May to November and is both an important source of fresh fruits and veggies for Letcher Countians and extra income for gardening families. The market is a USDA summer child feeding site with kid-friendly activities and arts.  In 2019, the USDA Summer Food Service served 5000 meals and throughout the pandemic we expanded those efforts.  In partnership with Mountain Comprehensive Health Care, the Farmacy Program provides coupons physicians give to their patients with diabetes and other chronic illnesses to “prescribe” fresh market veggies as part of a healthier diet. And each market day, folks can walk from the Whitesburg park to the market and earn discounts on fresh produce.  Contact: Valerie Horn at 634-9468. 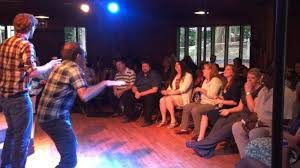 Cowan Creek Community Theater  Grew from a handful of Cowan Creek women sharing their stories and memories in a piece called It’s About Time at the Seedtime on the Cumberland Festival in 2010.  Since then, the group has become an inter-generational troupe of performers who weave the recollections and doings of family members, friends and neighbors into narrative plays that reflect the complexity of contemporary mountain life with poignancy and humor. 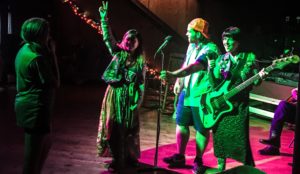 Community members have gained experience in every facet of theater production, from story development to lighting, under the guidance of gifted theater professionals such as Angie DeBord and Bob Martin. Their story-plays Homecoming and Roots and Branches have been performed at the 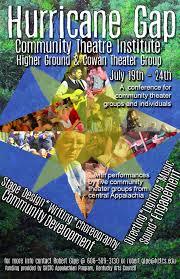 Cowan Community Center, Seedtime on the Cumberland and the Mountain Heritage Festival.  In 2016 we worked with Higher Ground to organize the Hurricane Gap Community Theatre Institute, a conference at which performers from around the region sharpened their production skills.  The theater has received support from Berea College’s Brushy Fork Institute and the Kentucky Arts Council. 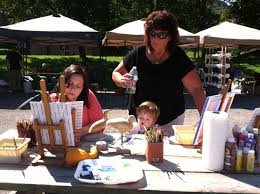 Kids on the Creek Summer Day Camps  Thanks to a generous grant from the Berea College Appalachian Fund, we will be offering eight weeks of learning and fun in 2022!  To stay safe, each camp week will be limited to 20 kids.  All of the camps will engage kids in hands-on learning and creativity.  Camps run from 9:00 am to 3:00 pm, Monday through Friday.  Mark your calendar and check back at Cowancommunitycenter.org for all the details. 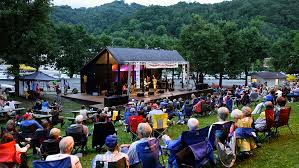 Levitt Amp Concert Series We’re proud to partner with the City of Whitesburg, the Mountain Heritage Festival Committee, Appalshop, Whitesburg/Letcher County Farmer’s Market and CANE Kitchen to bring free live music to downtown Whitesburg for the fourth time this summer.  The Levitt AMP Whitesburg Music Series will present live music at the Mountain Heritage stage every Thursday from May through August .  Ten Thursdays and ten exciting evenings of professional entertainment performing a wide range of musical genres in a family friendly environment. For the complete schedule check out: Levittamp.org/whitesburg. 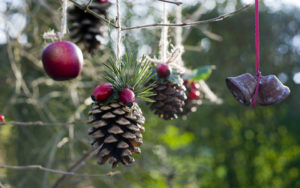 Christmas on the Creek  Santa has made his way to the Cowan Community Center for over 50 years. He brings treats and books for the kids and all ages enjoy a heartwarming evening of carols, story sharing and performances from some of the mountain’s most beloved performers: Ron Short, Angie DeBord, Kevin Howard, Lee Sexton, Randy Wilson and the Pick & Bow music students.  Generations raised along Cowan Creek will tell you the celebration at the Cowan Community Center is the “real Christmas”.

Martin Luther King Day Breakfast has been hosted by the CCAG each year since 2001. It is a thoughtful and uplifting morning of song, readings and reflections which brings together a wide array of Letcher Countians, young and old, to renew their commitment to equality and social justice.

Cowan Homemakers Club meets on the second Thursday of the month for home economics workshops offered by the UK Extension Service, community service projects, food and good fellowship. Everyone is welcome, for more info call the center:  633-3187. 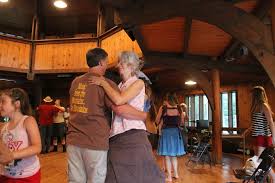 Square Dances are held several times each year.  Unfortunately, these are on hold during the pandemic but we are hopeful we we’ll be able to start dancing again by 2023.  Our house dance caller Randy Wilson leads the festivities and students of the Pick & Bow after-school music program are included in the band. Dancers of all ages are welcome and no experience is needed.

Center Rentals and Facility for other Community Functions –In addition to the programs described above, the center also houses a Head Start Program, funded through the Letcher, Knott, Leslie, and Perry County Community Action Agency.  It also serves as an affordable facility for events such as family reunions, birthday parties, wedding showers, receptions, community meetings, and any need within the community requiring a public space. Facility rental includes access to the ‘big room’, a full kitchen, two restrooms and the shady grounds with play equipment and a basketball court. For more information on renting the center call (606) 633-3187.

Cowan Community Action Group, Inc. is governed by a Board of Directors consisting of:

While the Board of Directors may in some instances make decisions on their own, all decisions affecting the center are brought before a general meeting consisting of community members who attend regular meetings.  Since the 60’s there have been meetings of this group, members come and go, but the process remains the same.  Everyone who cares enough about the community to come to the meeting and voice their opinion gets to have a say in what happens at the community center.  One overriding theme has always been stressed is that this is the community’s center, not any one individual or select group.

The Cowan Community Action Group, Inc. (CCAG)  is a non-profit, 501 © (3) (organization, and a proud sponsor of the Cowan Creek Mountain Music School.  The organization began in 1964 when the Upper Cowan Elementary School, a three-room school, that held so many sentimental memories for the community was abandoned and consolidated into Cowan Elementary School.  The community came together and organized in order to secure a lease from the local county Board of Education to use the abandoned school as a “community center’.

The organization was successful in obtaining a lease and work began to renovate the school to become a community center, with plans also to add another large multi-purpose room to the old school.  Excellent progress was made with these plans, and several programs were also introduced to the community;  a garbage pick up service, that had never happened in the community before and accomplished through the use of a truck the organization bought and by willing volunteer men who gave their Saturdays to drive the truck and pick up the garbage.  This service lasted until the time that Letcher County started a county-wide pick up service.

A licensed day care center, a community tractor, and a survey of community members interested in cable television which resulted in having a business establish the service, were a few of other programs that were offered.  In the late 60s, a partnership was formed with the Save the Children Program that lasted until the mid 90’s.  Through this partnership, the facility that serves as the center today was constructed, and numerous programs that provided after-school services, summer day camps, and well structured youth development programs were offered.  The center has seen hundreds of boys and girls come through its doors for a place where they could be with their friends in a safe, friendly, and educational setting.  The Cowan Center has received numerous awards for the outstanding work they have done.  In 2007-2008 they were the proud recipients of the Governor’s Folk Art Award for their work in promoting and helping to preserve the traditional mountain music of the area.

One of the saddest events of the center was the destruction of the old school house through a fire in 1971.  As stated previously, the building plan for the future center was to have an octagonal shaped multi-purpose room added to the old school, which would have joined the old to the new.  Unfortunately, that wasn’t to be, but the community was persistent in its quest to have the most attractive and functional center possible so they continued with plans for its construction.  Thanks largely to the support of the Save the Children Organization we have the wonderful facility that is present on the grounds today.