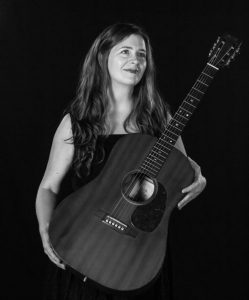 Karly Dawn Milner (Beginner Guitar) from Rowan County, Kentucky, began playing old time music with Jesse Wells, after years of studying classical music in voice and cello, and playing gospel and country music regionally.  She performs with the Clack Mountain String Band and as a duo with Sarah Wood.  Karly Dawn can be heard on Appalachia: Music from Home, Old Town School of Folk Music Songbook and Clack Mountain String Band Live. With a special penchant for teaching music to children, she spent many years working as the outreach musician for the Kentucky Folk Art Museum. 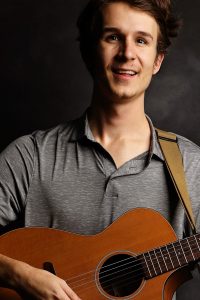 Arlo Barnette (Intermediate Guitar) grew up steeped in traditional music in Bath County, Kentucky, and began learning guitar from none other than his fellow CCMMS instructors: Karly Dawn Milner and Don Rogers. At 12 years old, he decided to get serious about playing guitar after hearing Don play Tony Rice’s “Plastic Banana” and was soon helping him accompany square dances at the local 4-H extension office. He first attended CCMMS in 2011 and there met his wife, fiddler Zoey Barrett, a year later. In recent years he has served as a teaching assistant and offers private lessons for guitar, piano, drums, and ukulele. With a multi-instrumental education in old-time, classical, jazz, rock, and other styles, Arlo is currently a member of Zoe Speaks, Cornmaíz, and Cornbread & Tortillas, and is a producer/accompanist for Maizie Manna. 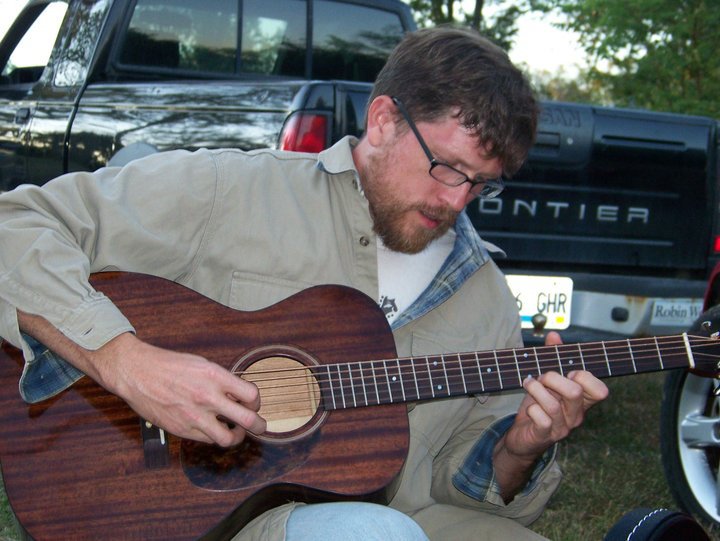 Don Rogers (Advanced Guitar)  Sorry, class closed   has deep roots in Kentucky old time music. His grandfather and great uncles recorded on the Gennet label in the 1930s as the Kentucky String Ticklers. His father, Donnie, plays guitar with the Kentucky Clodhoppers. Don is a versatile multi-instrumentalist and singer who performs at regional festivals with Kentucky Wild Horse, with young traditional musician Jeri Katherine Howell, and with the Green Genes rock band. Don is also a songwriter whose work can be heard on Spirits of the Lonesome Hills and Winetown.  Don’s song “I’m a Kentuckian” is fast becoming a new state anthem.  Take a listen:

Mitch Barrett (Beginning Mountain Dulcimer) is a versatile dulcimer and guitar player, award winning songwriter and riveting storyteller from Blue Lick in the southern end of Madison County.  Mitch performs songs and stories solo and in the band Zoe Speaks, along with Carla Gover, Arlo Barnett and his daughter Zoe.  Their most recent release is Wings on Redbird Records.  Mitch has performed widely in Kentucky and at national festivals including MerleFest, the Kennedy Center and the Old Town School of Folk Music.  His song Pearl took the prestigious Kerrville Folk Festival New Folksong competition. 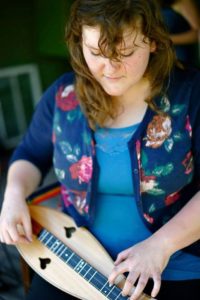 Sarah Kate Morgan (Intermediate/Advanced Mountain Dulcimer) started her musical journey at 7 years old and has fallen in love with old time Appalachian music through the years. A native of East Tennessee, Sarah has incorporated the rich musical heritage of the area into her music. At 18, Sarah placed 1st at the 2012 National Mountain Dulcimer Championships held in Winfield, KS. She recently graduated from Morehead State University with degrees in Traditional Music, Appalachian Studies, and Arts Entrepreneurship. You can find her living in a little hippie camper on a farm in Olive Hill, Kentucky, playing lots of music, dabbling in instrument restoration, and attempting to call the occasional square dance.

For beginners, Don Rogers gets you started on old time rhythm guitar.

Sarah Kate Morgan teaches two beginning mountain dulcimer tunes. From Sarah:  I’ve made a Dropbox folder that has the mtn dulcimer tablature for the two tunes I taught for folks if they want to print them out.  The link is https://www.dropbox.com/sh/eu320d4orkjyf0l/AABbDLN8IdrLXajZQhiG7j2ba?dl=0