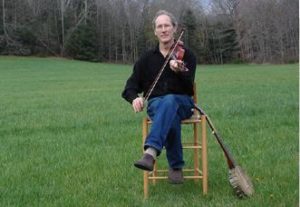 Bruce Greene (Master-in-Residence Recital Wednesday 1:30)  In the 1970’s Bruce spent his college years and beyond traveling across Kentucky, intent on learning fiddle from the oldest generation of musicians.  Along the way, he produced a large and seminal body of field recordings now housed at the Berea College Archives.  Bruce lives in North Carolina with his partner in music and life, singer Loy McWhirter.  His nuanced fiddling can be heard on Come Near My Love with Loy, Rare Old Chestnuts with dulcimer player Don Pedi, Five Miles of Ellum Wood, and most recently, River in Time.  Bruce has championed Kentucky’s traditional fiddling in performances and workshops across the country, including the Festival of American Fiddle Tunes, Augusta, the Swannanoa Gathering and the Cowan Creek Mountain Music School. 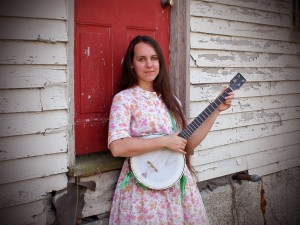 Sarah Wood (Visiting Master Recital Tuesday 1:30) is an old time banjo player and ballad singer from Greenup County. She teaches at Nicholas County High School and is an instructor at the Kentucky Center for Traditional Music were she teaches individual lessons and leads vocal and introductory ensembles. Sarah plays overhand and two-finger style banjo which she learned from Jesse Wells. She was recognized as a Kentucky Historical Society Banjo Master in 2009. Vocally, Sarah specializes in the ballads of Appalachia, Britain, and Ireland which can be heard on her 2018 recording One May Morning.  Sarah plays solo and with Karly Dawn Milner as the duo Karly Dawn & Little Sarie, performing across the state and as far away as Ireland and China. 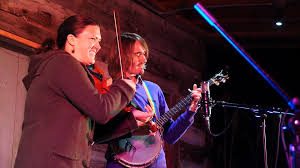 Sam Gleaves & Deborah Payne (Visiting Masters Recital Thursday 1:30)  Sam hails from Wytheville, Virginia where he began playing music as a teenager with the help of local multi-instrumentalist and barber, Lim Lloyd, and ballad singer Shelia Kay Adams. While earning a degree in Folklore at Berea College, Sam performed with the Berea College Bluegrass Ensemble directed by Al White. He has toured extensively since, with gigs in Europe, Canada and Japan.  His 2015 debut recording of original songs, Ain’t We Brothers, has been featured by The Guardian, NPR, and No Depression. Other recordings followed: a self-titled duo CD with Tyler Hughes and a trio recording with Cathy Fink and Marcy Marxer, Shout and Shine. Fiddler and singer Deborah Payne of Berea performs with Sam as a duo whose CD, Welcome as the Flowers in May, was released last year and together in a “singing stringband”, the Handpies.  They also collaborated with acclaimed writer Silas House to create a folk opera In These Fields in 2016.  Sam now makes his home in Hindman, Kentucky where he serves as the Traditional Arts Director at the Hindman Settlement School. Both Sam and Deborah teach at the Singing Bird Music School, July 29-31, 2020 in Berea.

And just a few of our workshop leaders… 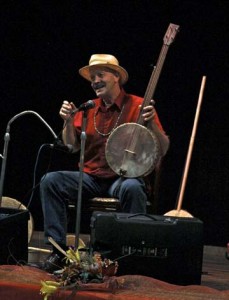 Randy Wilson (Roving Storyteller) from Leslie County, Kentucky, is a talented multi-instrumentalist, dance caller and story teller.  He recently retired after decades of engaging public school kids in Leslie and Knott Counties with traditional and home made music, storytelling and dance.  Randy has also taught at Hindman’s Family Folk Week.  He  performed and recorded Heritage on June Appal Records with the late poet James Still.  In 2003 he appeared at the Smithsonian Folklife Festival in Washington, D.C. and in 2007 at the Festival of American Fiddle Tunes in Port Townsend, Washington. 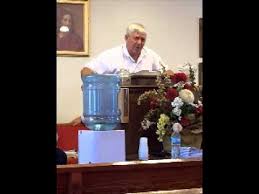 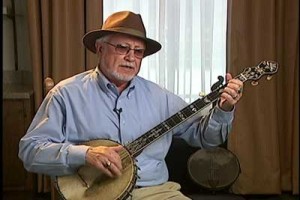 George Gibson (The Banjo Comes to Appalachia, Thursday 3:30) grew up on Burgey’s Creek in Knott County, Kentucky, a community with a rich musical heritage. He learned banjo from listening to his father, uncle and many neighbors. George’s playing uses a driving and complex drop-thumb style strum, two- and three-finger picking and a wide variety of tunings. He has performed widely at regional festivals including the Festival of American Fiddle Tunes, the Florida Old Time Music Championships, Augusta, and Home Craft Days. His 2000 June Appal release Last Possum Up the Tree reflects the unique repertoire of Knott County. 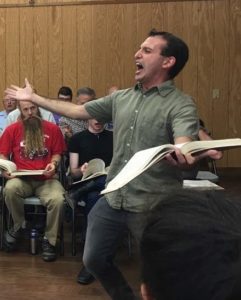 Ben Fink (Shape Note Singing, Thursday, 3:30 pm) has sung with professional and amateur vocal ensembles for more than 20 years.  Since discovering shape note singing in 2012, he has sung with groups across the eastern United States.  Ben co-founded the Whitesburg shape note singing and chairs the East Kentucky All-Day Singing in August.  Originally from Connecticut, Ben holds a PhD in cultural studies from the University of Minnesota. He now makes his home on Little Cowan and works at Appalshop, where he works with the Roadside Theater.

Not familiar with shape note?  Take a listen: